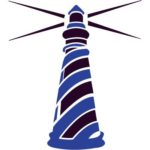 NWHU - Strays and Welfare Statement
The NWHU is finding it more than a little distasteful of the RPRA to suggest that the NWHU and its members do not take the issue of strays very seriously. Just to clarify and we in the NWHU will hold our hands up when there is or was an issue, during the 2018 season there was for a short period a problem with the answer service on the unions Telephone land line, as frustrating as it is, it was a problem that was dealt with when it was flagged up. There was however still the ability for the reporting of strays to the NWHU via email as well as the phone at the declared operating times which includes Monday and Tuesday late afternoon early evenings. Therefore, lines of communication were open and available, until the problem was addressed. The first time the NWHU was aware that the RPRA had an issue with what would appear to be only NWHU rung birds was when it read about it printed in the RPRA’s Oct 2018 meeting report in the BHW.
Since Oct 2018 the NWHU has been in dialog with the RPRA. A request was made at the Blackpool meeting for more information relating to strays a communications file can be found on the NWHU website that documents the on-going communications between the two organisations. Basic information was requested regarding numbers, where? who? what follow up actions with the NWHU took place. How did the strays get repatriated without recourse back to the NWHU? Now with regards costs any costs incurred would have been the responsibility as always of the owner. The NWHU also have had to deal with reports of non NWHU rung birds for which it has and always will do its up most to help identify the owner and help get birds back to them where it can. The NWHU is continuously looking at improving its services with the handling of strays and the dealings with the general public being part of the fundamentals in this sport.
Animals in Transport / Welfare – Having seen some remarks passed on this subject regarding the NWHU. Just to clarify the NWHU does not own any convoying transport nor courier services. Its member organisations and individuals rely on the same dedicated and professional people that provide these sorts of services to this great sport of ours as many of thousands of others in other unions do. Yes, the same dedicated and professional people that fanciers across the sport rely on to transport their birds are the same as transport the NWHU birds. It is an affront to sport, ordinary fanciers and these dedicated and professional individuals to suggest that the bird’s welfare and compliance with the regulations is anything other than a top priority and at the forefront of their and our minds we are after all pigeon fanciers.

To be clear the NWHU holds the welfare of its members birds and wellbeing of its members as founding principles without which we wouldn’t have a sport.